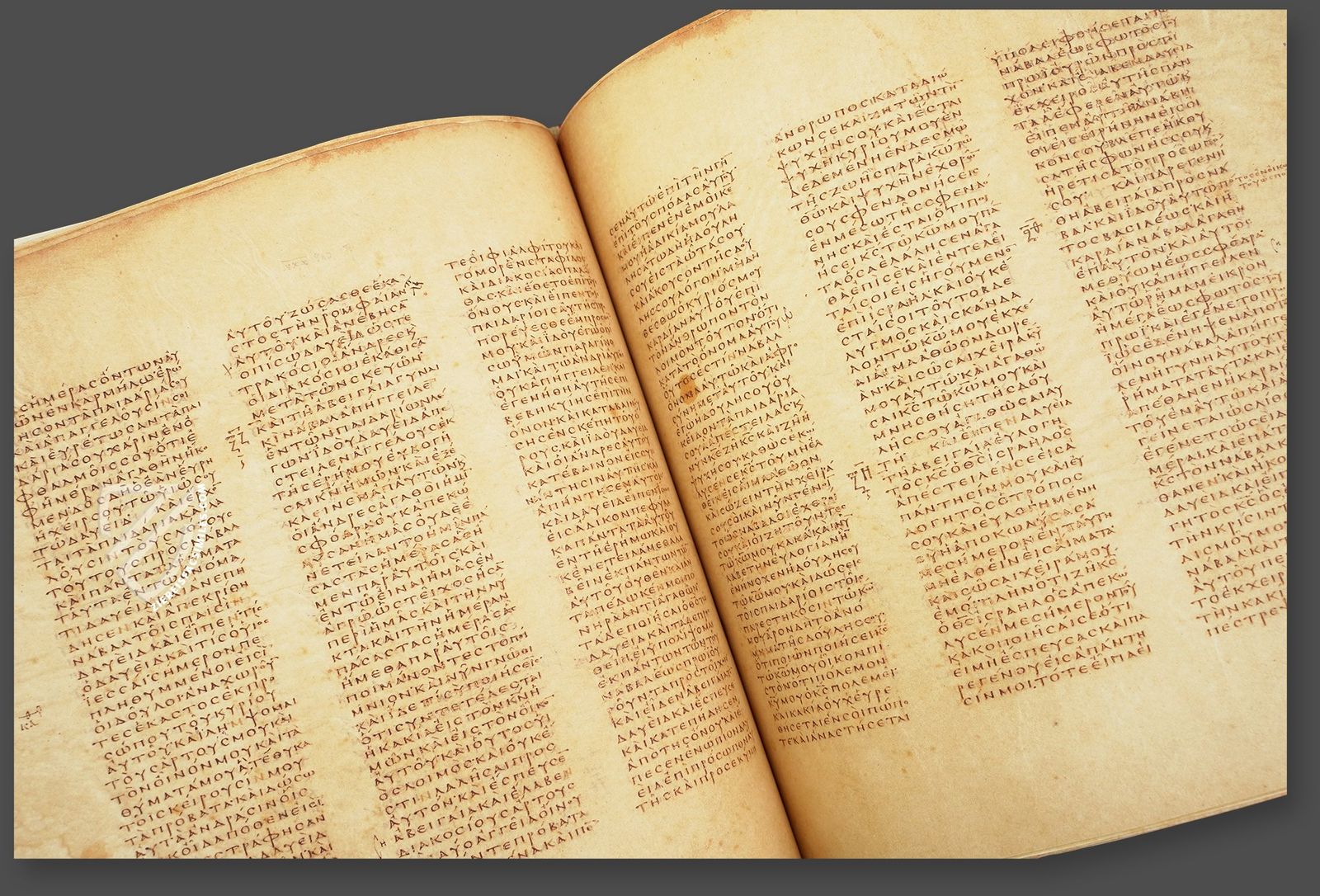 Codex Sinaiticus is one of the most important books in the world. Handwritten well over 1600 years ago, the manuscript contains the Christian Bible in Greek, including the oldest complete copy of the New Testament. Its heavily corrected text is of outstanding importance for the history of the Bible and the manuscript – the oldest substantial book to survive Antiquity – is of supreme importance for the history of the book.

From the press release: Codex Sinaiticus is one of the most important witnesses to the Greek text of the Septuagint (the Old Testament in the version that was adopted by early Greek-speaking Christians) and the Christian New Testament. No other early manuscript of the Christian Bible has been so extensively corrected. A glance at the transcription will show just how common these corrections are. They are especially frequent in the Septuagint portion. They range in date from those made by the original scribes in the fourth century to ones made in the twelfth century. They range from the alteration of a single letter to the insertion of whole sentences.

One important goal of the Codex Sinaiticus Project is to provide a better understanding of the text of the Codex and of the subsequent corrections to it. This will not only help us to understand this manuscript better, but will also give us insights into the way the texts of the Bible were copied, read and used. By the middle of the fourth century there was wide but not complete agreement on which books should be considered authoritative for Christian communities. Codex Sinaiticus, one of the two earliest collections of such books, is essential for an understanding of the content and the arrangement of the Bible, as well as the uses made of it.

The Greek Septuagint in the Codex includes books not found in the Hebrew Bible and regarded in the Protestant tradition as apocryphal, such as 2 Esdras, Tobit, Judith, 1 & 4 Maccabees, Wisdom and Sirach. Appended to the New Testament are the Epistle of Barnabas and ‘The Shepherd’ of Hermas. The idiosyncratic sequence of books is also remarkable: within the New Testament the Letter to the Hebrews is placed after Paul’s Second Letter to the Thessalonians, and the Acts of the Apostles between the Pastoral and Catholic Epistles. The content and arrangement of the books in Codex Sinaiticus shed light on the history of the construction of the Christian Bible.

The ability to place these ‘canonical books’ in a single codex itself influenced the way Christians thought about their books, and this is directly dependent upon the technological advances seen in Codex Sinaiticus. The quality of its parchment and the advanced binding structure that would have been needed to support over 730 large-format leaves, which make Codex Sinaiticus such an outstanding example of book manufacture, also made possible the concept of a ‘Bible’. The careful planning, skillful writing and editorial control needed for such an ambitious project gives us an invaluable insight into early Christian book production.