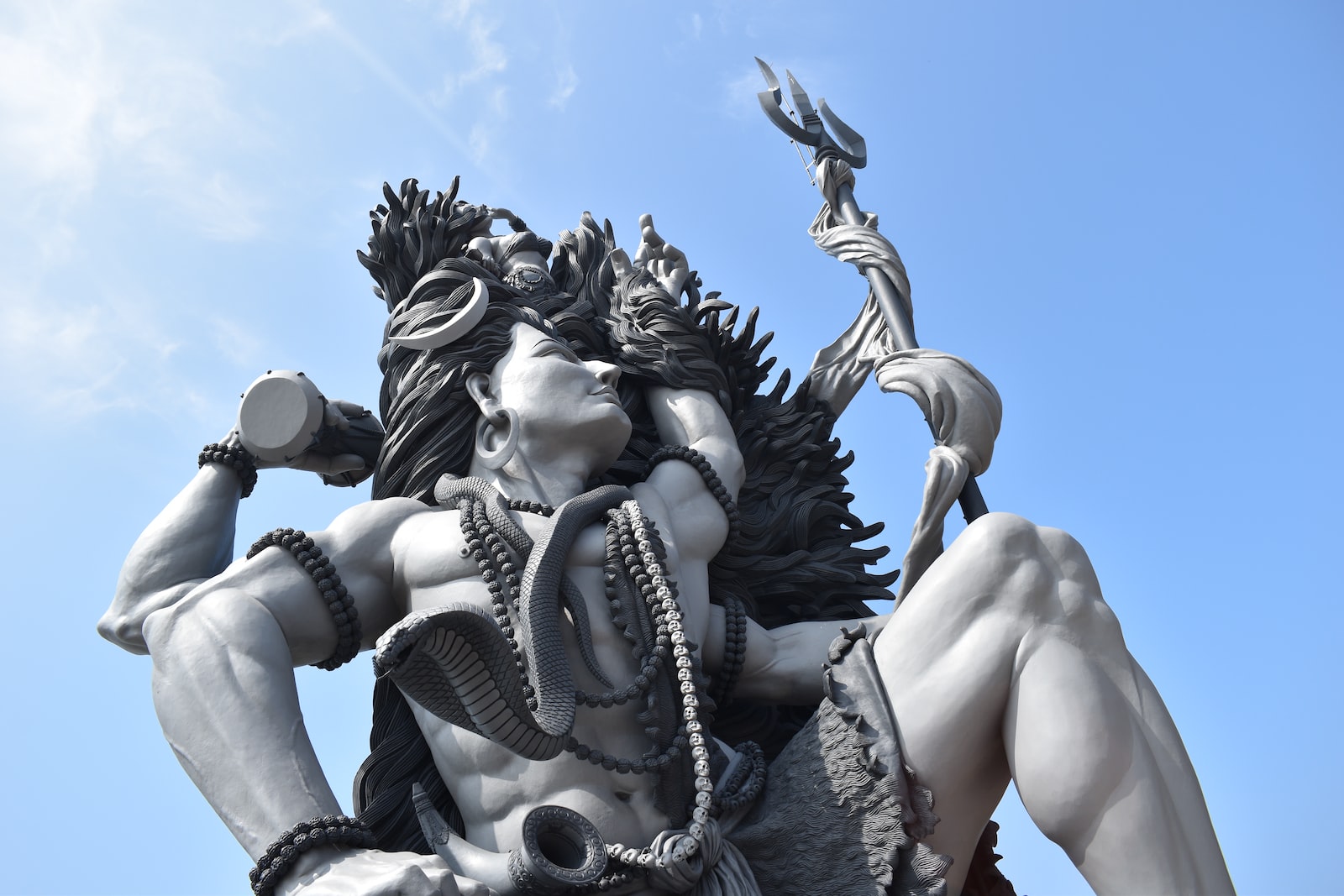 There is a wonderful story in one of the Upanishads about the god Indra. Now, it happened at this time that a great monster had enclosed all the waters of the earth, so there was a terrible drought, and the world was in a very bad condition. It took Indra quite a while to realize that he had a box of thunderbolts and that all he had to do was drop a thunderbolt on the monster and blow him up. When he did that, the waters flowed, and the world was refreshed, and Indra said, “What a great boy am I.”

So, thinking, “What a great boy am I,” Indra goes up to the cosmic mountain, which is the central mountain of the world, and decides to build a palace worthy of such as he. The main carpenter of the gods goes to work on it, and in very quick order he gets the palace into pretty good condition. But every time Indra comes to inspect it, he has bigger ideas about how splendid and grandiose the palace should be. Finally, the carpenter says, “My god, we are both immortal, and there is no end to his desires. I am caught for eternity.” So he goes to Brahma, the creator god, and complain.

Brahma sits on a lotus, the symbol of divine energy and divine grace. The lotus grows from the navel of Vishnu, who is the sleeping god, whose dream is the universe. So the carpenter comes to the edge of the great pond of the universe and tells his story to Brahma. Brahma says, “You go home. I will fix this up.” Brahma gets off his lotus and kneels down to address sleeping Vishnu. Vishnu just makes a gesture and says something like, “Listen, fly, something is going to happen.”

Next morning, at the gate of the palace that is being built, there appears a beautiful blue boy with a lot of children around him, just admiring his beauty. The porter at the gate of the new palace goes running to Indra, and Indra says, “Well, bring in the boy.” The boy is brought in, and Indra, the king god, sitting on his throne, says, “Young man, welcome. And what brings you to my palace?” “Well,” says the boy with a voice like thunder rolling on the horizon, “I have been told that you are building such a palace as no Indra before you ever built.” And Indra says, “Indras before me, young man— what are you talking about?”

The boy says, “Indras before you. I have seen them come and go, come and go. Just think, Vishnu sleeps in the cosmic ocean, and the lotus of the universe grows from his navel. On the lotus sits Brahma, the creator. Brahma opens his eyes, and a world comes into being, governed by an Indra. Brahma closes his eyes, and a world goes out of being. The life of a Brahma is 432,000 years. When he dies, the lotus goes back, and another lotus is formed, and another Brahma. Then think of the galaxies beyond galaxies in infinite space, each a lotus, with a Brahma sitting on it, opening his eyes, closing his eyes. And Indras? There may be wise men in your court who would volunteer to count the drops of water in the oceans or the grains of sand on the beaches, but no one would count those Brahmin, let alone those Indras.”

While the boy was talking, an army of ants parades across the floor. The boy laughs when he sees them, and Indra’s hair stands on end, and he says to the boy, “Why do you laugh?” The boy answers, “Don’t ask unless you are willing to be hurt.”

Indra says, “I ask. Teach.” (That, by the way, is a good Oriental idea: you don’t teach until you are asked. You don’t force your mission down people’s throats.) And so the boy points to the ants and says, “Former Indras all.Through many lifetimes they rise from the lowest conditions to the highest illumination. And then they drop their thunderbolt on a monster, and they think, ‘What a good boy am I.’ And down they go again.”

When the boy is talking, a crotchety old yogi comes into the palace with a banana leaf parasol. He is naked except for a loincloth, and on his chest is a little disk of hair, and half the hairs in the middle have all dropped out.

The boy greets him and asks him just what Indra was about to ask. “Old man, what is your name? Where do you come from? Where is your family? Where is your house? And what is the meaning of this curious constellation of hair on your chest?”

“Well,” says the old fella, “my name is Hairy. I don’t have a house. Life is too short for that. I just have this parasol. I don’t have a family. I just meditate on Vishnu’s feet, and think of eternity, and how passing time is. You know, every time an Indra dies, a world disappears – these things just flash by like that. Every time an Indra dies, one hair drops out of this circle on my chest. Half the hairs are gone now. Pretty soon they will all be gone. Life is short. Why build a house?”

Then the two disappear. The boy was Vishnu, the Lord Protector, and the old yogi was Shiva, the creator and destroyer of the world, who had just come for the instruction of Indra, who is simply a god of history but thinks he is the whole show.

Indra is sitting there on the throne, and he is completely disillusioned, completely shot. He calls the carpenter and says, “I’m quitting the building of this palace. You are dismissed.” So the carpenter got his intention. He is dismissed from the job, and there is no more house building going on.

Indra decides to go out and be a yogi and just meditate on the lotus feet of Vishnu. But he has a beautiful queen named Indrani. And when Indrani hears of Indra’s plan, she goes to the priest of the gods and says, “Now he has got the idea in his head of going out to become a yogi.”

“Well,” says the priest, “come in with me, darling, and we will sit down, and I will fix this up.” So they sit down before the king’s throne, and the priest says, “Now, I wrote a book for you many years ago on the art of politics. You are in the position of the king of the gods. You are a manifestation of the mystery of Brahma in the field of time. This is a high privilege. Appreciate it, honor it, and deal with life as though you were what you really are. And besides, now I am going to write you a book on the art of love so that you and your wife will know that in the wonderful mystery of the two that are one, Brahma is radiantly present also.”

And with this set of instructions, Indra gives up his idea of going out and becoming a yogi and finds that, in life, he can represent the eternal as a symbol, you might say, of the Brahma. So each of us is, in a way, the Indra of his own life. You can make a choice, either to throw it all off and go into the forest to meditate, or to stay in the world, both in the life of your job, which is the kingly job of politics and achievement, and in the love life with your wife and family. Now, this is a very nice myth, it seems to me.

From: The Power of Myth, by Joseph Campbell