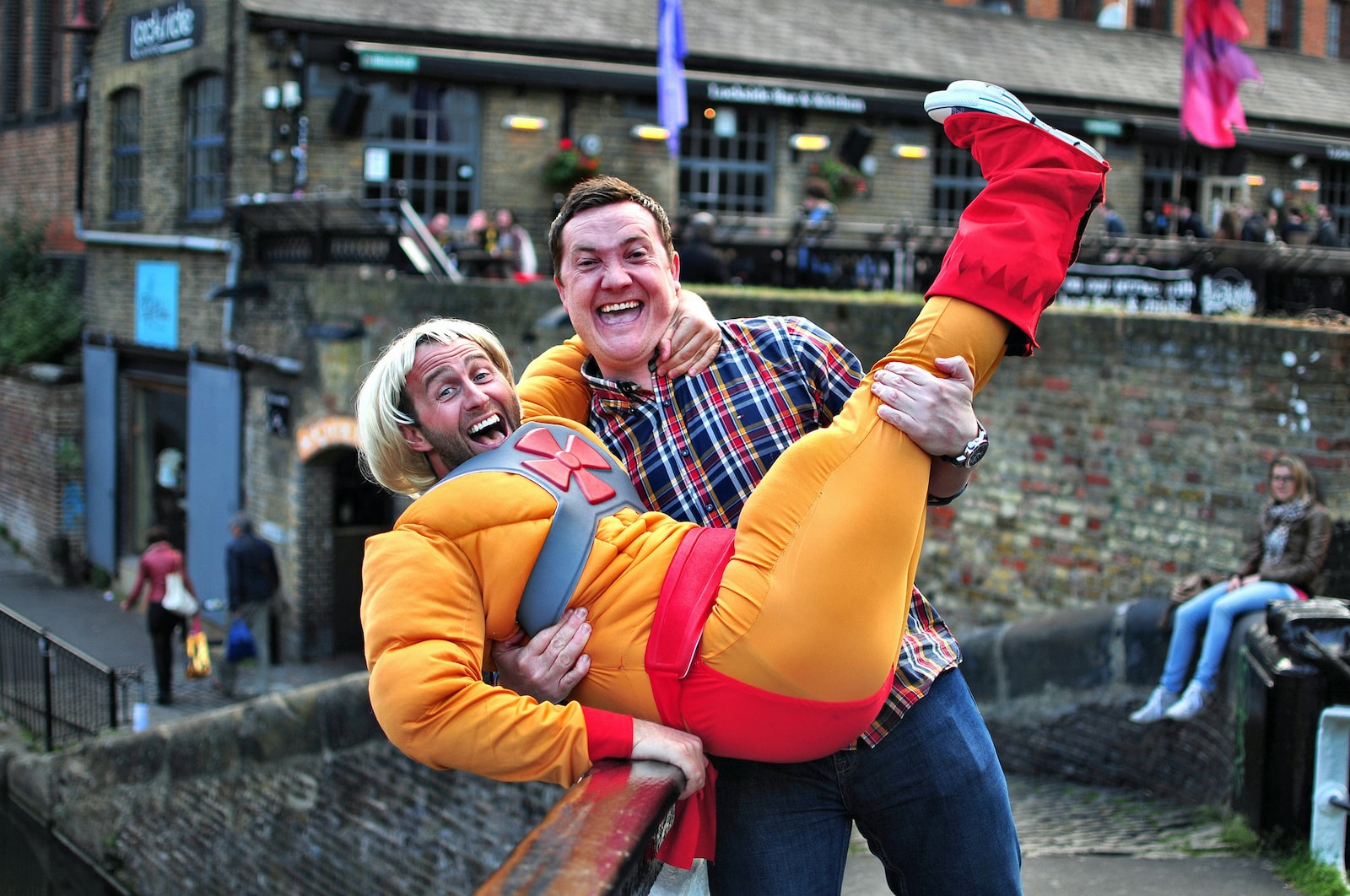 Laughter In the Aisles

Humor is one of the most under-discussed, unexplored, and undocumented everyday phenomena I know of. Bergson was actually one of the few philosophers in history to take up the difficult task of analyzing what makes us laugh. Ironically, his findings are rather dry and philosophical but he does give his readers much to think about. Perhaps the task of analyzing humor has an implicit taboo.

There is probably nothing in life that is as effortless, pleasurable, and universal than laughter. Even with sex there is always complex emotions and hidden motivations. For whatever reason, humor is free of attachments and though humor does differ from culture to culture the act of laughter is as contagious as a yawn - across any language.

Bergson described humor as the absence of feeling. He felt that humor was pure thought and further the recognition of the absurd. He was not the first to espouse this view and a few have even built on his work. I do recommend his book on the subject and since, like all of his work, it is in the public domain, you will surely see it on this site very soon. There are very few things in life as therapeutic as laughing - the more spontaneous, the better. I have no love for knock-knock's or "the guy went into a bar" jokes because they seem so contrived.

Once, I sat waiting in my car in the drive thru of a McDonald's. The old lady in front of me stopped short of the speaker box and began shouting her order into a trash can. I thought it was the funniest thing I'd ever seen.

Another time, camping out in Santa Barbara, my girlfriend and I woke to discover our tent was under siege by an army of raccoons. They were actually trying to get into our tent where we had a bag of chips. Though we were under attack by these little critters, we were trying to figure out what to do. We decided that we could roll, in the tent, to the car, and make our escape. I couldn't stop laughing. The idea that a family of raccoons was storming our tent and that we were so scared that we were going to roll to the car was so completely absurd to me that I think I must have woken up the whole campground with my laughing.

There are also times when we just blurt things out without thinking, or do things that are so out of character that they just make us laugh. These moments are usually between friends and no one can laugh at us like a good friend. When we can laugh at ourselves life is so much more carefree.

The only cure for vanity is laughter, and the only fault that is laughable is vanity. - Henri Bergson