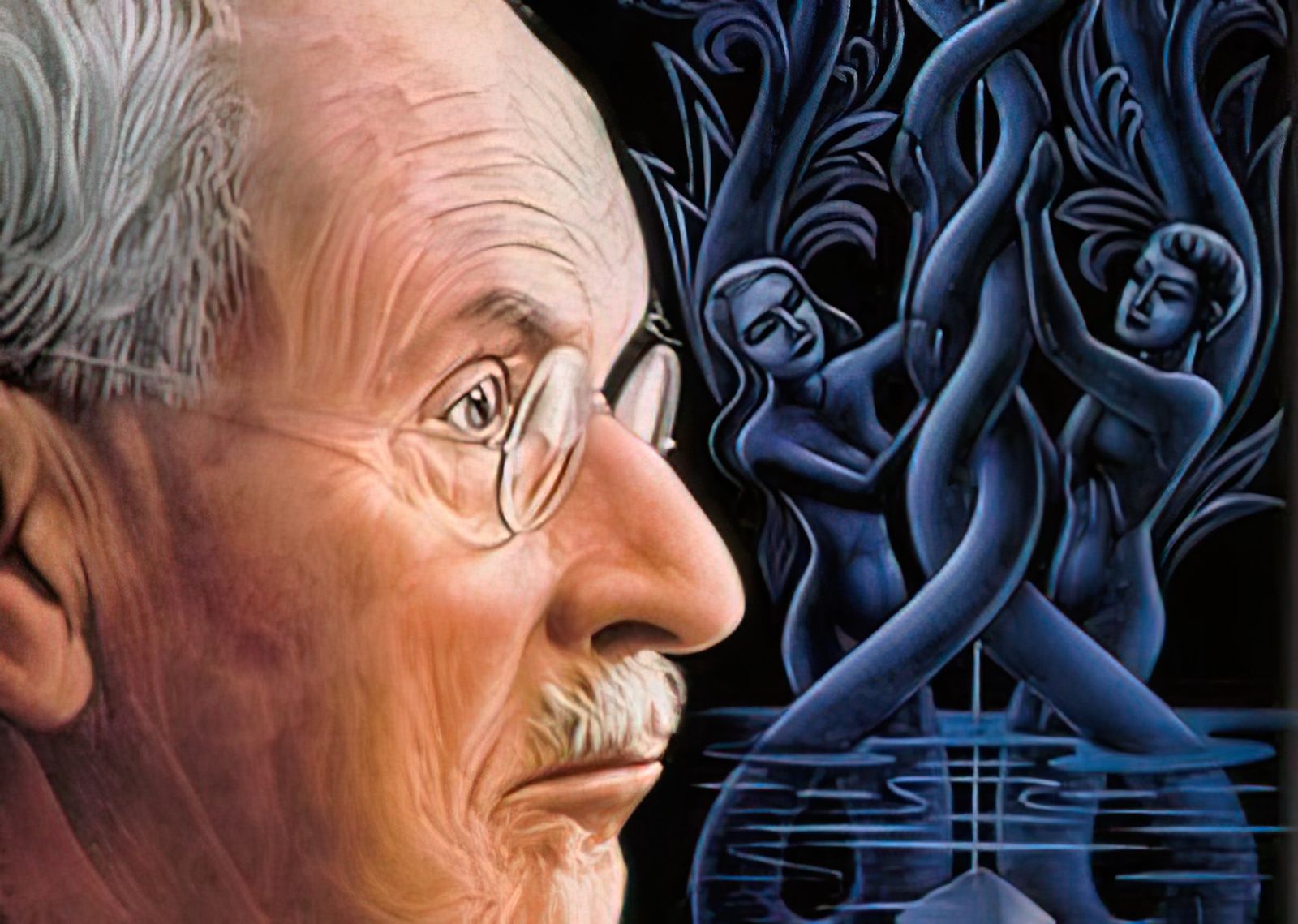 One of Jung’s favorite metaphors for the clash of opposites is appropriate here: the hero’s night sea journey. The good hero sets out into the dark night sky on a raft to defeat the bad sea monster. When, in the morning daylight, the hero emerges after having slain the dragon, he has eclipsed what he or the dragon was before. The hero has moved, teleologically, toward individuation. Individuation, according to Jung, is the ultimate goal of analytical psychology. It is the psychic manifestation of unity. Although individuation is the organic goal of the psyche, it is not easy to achieve.

Individuation via the transcendent function can be quite dangerous. Jung is clear that it is a most dangerous method when he refers to it as, “not a plaything for children”. This is the terium non datur: “the third reconciling, not logically foreseeable, resolution in a conflict situation when the tension between opposites has been held in conscious”. For the psyche, as a self-regulating entity, does not always act according to the popular idea of how a rational self-organizing psyche should act. The reconciling of the unconscious and the conscious may not seem rational at all. In fact, it just plainly gets in the way of ordinary life. How is it that something that occurs naturally as the regulatory function of the psyche can get in the way of ordinary life? An example that Jung uses is the problem of creativity. In creativity the regulatory process is always in motion by finding concrete expression for the abstract ideas that bubble up from the active unconscious: art.

However, Jung describes those who acknowledge this creativity as being “of little value” when applied to the industrialized social environment where “definiteness and directedness” define the profession. Professions in the medical field, engineering, and construction working have become important. Thus, the industrialized world has awarded this psychic stability, and as a result the creative unconscious contents go unnoticed, or at the very least unacknowledged. Here is where the regulatory function of the psyche gets in the way. Here is where the industrialized psyche pays the price of an awkward, unbroken march – in the pressure cooker of the soul. With this denial of the creative unconscious the industrialized man sacrifices creativity. With this denial there can be no creative breakthrough of unconscious libido, no coniunctio, no transcendent function, no individuation. Again, this process of individuation via the transcendent function not only gets in the way of everyday life, it is so scary most people spend their entire lives running from it. Jung says:

Everyone of us gladly turns away from his problems; if possible, they must not be mentioned, or, better still, their existence is denied. We wish to make our lives simple, certain, and smooth, and for that reason problems are taboo. We want to have certainty and no doubts -results and no experiments -without even seeing that certainties can arise only through doubt and results only through experiment. The artful denial of a problem will not produce conviction: on the contrary, a wider and higher consciousness is required to give us the certainty and clarity we need.

If the psyche is a self-regulating system, then how has civilized, industrialized man done so well at denying a natural function of the psyche? Jung says that civilized man has turned the psyche into a “machine whose speed-regulation is so insensitive that it can continue to function to the point of self-injury”. Therefore, in the modern circus of the psyche, we have learned how to numb the pain signals coming from the unconscious. Unfortunately, individuation dissolves the moment we look up, numb all over, to see that we are at the watering hole with the rest of the herd. It is then too late: we are surrounded and hooked on the reliable anesthesia from our own lives that we get from denying the creative process. Clearly, Jung is saying that we have a tendency toward mediocrity and banality in modern society. Individuation, as it is experienced through the liberation of unconscious content, is now obvious as to why this could be dangerous to those being kept warm by the herd. If the transcendent function is the fusion of conscious and unconscious, the longer judgment has held the unconscious contents in check, the more explosive the contents and thus the resulting coniunctio will be.

If this seems like a dramatic play on words that belongs more to literature than to science, think then of the compensatory function of many life-long employees that decide one day to shoot their fellow employees, or a serial killer or just any explosive example of the power of the human psyche. Jung calls the conscious aspect of the psyche, fragile and a relatively new function. Yet, we in industrialized society think we are masters of the self. But the joke is on us because “those people who are least aware of their unconscious side are the most influenced by it”.

This is an example of how and why the transcendent function, as a method, is not a “plaything for children”. For, if judgment holds its direction for too long, the unconscious builds up a charge in proportion to the time or intensity the tension has been held. Further, the high-energy content is usually released in moments when it is “most important to maintain the conscious direction”. Thus, just at the moment a person wants to maintain judgment and direction, this becomes the most fertile ground for the rush of the unconscious up to the surface. And with this rush comes all that has been ignored, repressed, and feared.