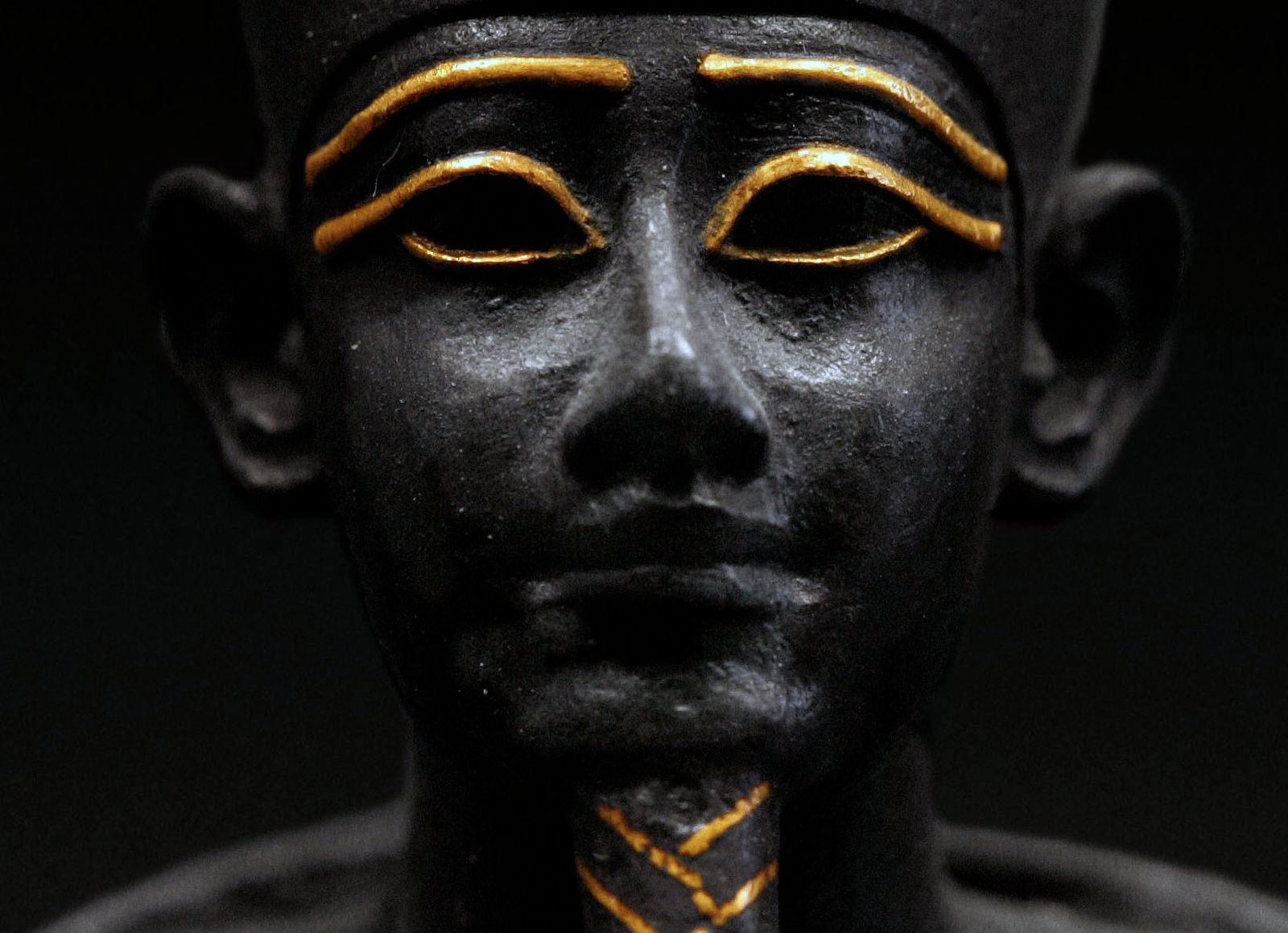 The Messiahs: Mithras, Osiris, and Apollonius

A long time ago, in a land far away, a child was born. He was the son of a god and a mortal woman, and he used his miraculous powers to do good and to serve others. Tragically, he was betrayed and was killed by his enemies. But ultimately he rose from death and rejoined his father in heaven. That child, of course, was Hercules.

Oh… wait a sec. That’s probably not where you thought I was going. Sure, that was Herc’s basic bio. But the person I’m talking about was born to a virgin, under a star, and stood for truth, peace, and brotherhood. He launched a following known as The Way, and his supporters called him the Good Shepherd. When he died, he was placed in a rock tomb. He ultimately ascended to heaven while, back on earth, his disciples waited for a day of judgment when those who believed in him would find paradise. People were baptized in his name and his birth was celebrated every December 25th. Clearly, the man in question was Mithras. Or, was it…

Osiris
In ancient Egypt, Osiris was the god of death, fertility, and resurrection. He was lord of the Underworld, where the souls of the dead were judged. Legend says he was chopped up into pieces by his sinister brother, Set, but that the good chunks were gathered and brought back to life by his wife, Isis—who was also his sister.

The Osiris story goes back to at least 2,500 B.C. and, around 500 B.C., the Greek historian Herodotus witnessed a huge Egyptian festival wherein tens of thousands experienced a spiritual rebirth by reenacting Osiris’ death-and-resurrection story. It was called “The Passion of Osiris.” Here’s a poem somebody wrote about the day he was born:

Horus
Like father like son. Horus was the offspring of Osiris and Isis. He was Egypt’s falcon-headed Sky God. Pharaohs, when they were feeling especially full of themselves, claimed to embody his spirit. Horus was called “the light of the world” and “the way, the truth and the life.” Kinda catchy, huh? He was emblemized by a great eye—a symbol of salvation. And he claimed that “Eternity has been assigned to me without end.” He was the son of a virgin goddess, and was the only begotten son of a god. He was born in a humble cave and his birth was heralded by a star. His nativity scene included shepherds and a visit by three solar gods.

Horus represented eternal life and was known as the Lamb, though he was also imagined as a Good Shepherd. He was identified with the Tat or cross. There’s even a gap in his biography between his childhood and age 30. His deeds included walking on water, healing the sick, casting out demons, quieting the sea, and giving sight to the blind. His nicknames included “the fisher,” “the bread of life,” “the son of man,” and “the Word.”

Dionysus
Back in ancient Greece, there was a whole category of cults called mystery religions—a generic term for rather shadowy groups that worshiped in secret and taught that godly myths were mere allegories created to reveal deeper truths. One of the most popular mystery cults was built around Dionysus—the Greek god of grain, bread, and the vine. Belonging to most religions is no picnic, but this sure sounded like one. Small wonder his following lasted over a thousand years.

Being the god of wine, Dion’s moods ranged from light and fruity to mildly tart with a smooth finish. But the lord of inebriants could also drive men out of their minds. He was the son of Zeus, king of the gods, and Semele, a mortal woman. Semele remained a virgin, however, because she was impregnated by a bolt of lightning. Must have been some honeymoon.

This hierosgamos—sacred marriage—produced a divine child. To honor him, ritual unions were staged in a stable in the Athenian marketplace. Not quite a manger, but we’re in the same ballpark. Euripides wrote that Dionysus shrouded his “Godhead in a mortal shape” in order to make it “manifest to mortal men.” As an adult, Dion turned water to wine at his own wedding.

When Zeus’s perpetually jealous wife, Hera, found out about Semele and her child, she made sure that Semele went up in flames and that—in a Greek version of the Osiris story—Dionysus was torn to pieces. He, too, was reassembled and brought back to life.

Long story short: Dionysus was a god-man who was persecuted, tormented, executed, and then reborn—like many deities celebrated in spring festivals. Once he was resurrected, he was hidden for a time in the woods with the nymphs. Not a bad deal, especially with all that bread and wine.

Each autumn, some 30,000 Athenians made a barefoot pilgrimage to the shrine of Eleusis, where they acted out a divine drama called The Passions of Dionysus. Plutarch wrote that Dion’s worshipers sought a “rebirth.” Others called it a “voluntary death” “from which one is “born again.” Pretty awesome idea.

Attis
Born to yet another virgin (What is it with these gods and nookie?), Attis was a Greek god who was honored each spring with a three-day festival and a passion play. An effigy of Attis was tied to an evergreen, which was decorated with sacred flowers. His “body” was then placed in a sepulcher, from which he was said to rise on the third day.

Under dark of night, new initiates were brought to the sepulcher and told, “To you likewise there shall come salvation from your trouble.” These rites were celebrated around March 25th. Once upon a time, Christian tradition said Jesus was crucified on that date.

Mithras
Mithraism was a Roman religion that may have been an offshoot of Zoroastrianism—an ancient Persian faith. It’s thought that sailors brought Mithraism to Rome around 70 B.C., and it later spread throughout the Empire. By the third century A.D. it was so popular, especially among soldiers, that it was the number one rival to Christianity. Top-flight orators like Cicero had this to say about the faith:

“These mysteries have brought us from rustic savagery to the cultivated and refined civilization… We have gained the understanding not only to live happily, but also to die with better hope.”

Nobody talks about him today, but Mithras was once a big deal. He was the god of Goodness and Light pitted against the evil Lord of Darkness, which makes him sound like Luke Skywalker. He had a thousand eyes so no one could hide their sins, which makes him sound like the CIA. He was also the god of Truth and the Lord of Heavenly Light, and was later adopted by the Romans as a sun-god and a god of contracts—that is, he assured honest agreements among men. The handshake may have originated with his cult. Roman soldiers, his biggest fans, adopted it as a proof that they were unarmed, and they spread the practice across the ancient world.

Now for the routine part: Mithras was born in a humble cave to a virgin called the “Mother of God.” He was a messianic figure who stood for ethical brotherhood, self-control, and a rejection of worldly indulgences. He remained celibate throughout his life and fought for virtue and peace. He was worshiped on Sunday, his purification rites included baptism, when he died he ascended to heaven and yadda-yadda-yadda…heard it.

His followers lived by his example to assure themselves of eternal life. In A.D. 274, Emperor Aurelian established the Feast of the Nativity, which honored Mithras the sun god on his birthday—December 25th. Mithras worshipers reenacted his death and resurrection, in which he was carried aloft in a sun-chariot. He was enthroned by the God of Light as ruler of the world. He was to remain in heaven until the day God destroyed the world, at which time he’d return to resurrect and judge the dead. After the Damned were plunged into the depths of the earth, the Spirit of Darkness would be vanquished and the universe could go on happily ever after.

Some claim that Christianity became the official religion of Rome because it borrowed from Mithraism, while others insist Mithraism borrowed from Christianity. We can’t be sure. But these two competitors told very similar stories, and Tarsus, the home town of Saint Paul, was a center of Mithraism. Even Vatican Hill, where the pope lives, was once a sacred location for Mithraic ceremonies. You can still visit such places in and around Rome.

Apollonius of Tyana
Throughout Greece and Turkey 2,000 years ago, a penniless preacher named Apollonius became the central figure of a popular mystery religion. Some thought him the son of Zeus. He taught a philosophy of love and self-sacrifice. Stories have him healing the sick, casting out demons, absolving the wicked of sins, and raising the dead. People called him the Son of God, he was worshiped as a savior, and temples lasting centuries were built in his honor. He confronted the religious establishment of his day with wise comebacks, and he even wrote his philosophy down. He was later dubbed the “Pagan Christ,” and we don’t have to rehash the rest. Point made.

To this list of messianic biographies you can add similar life stories for Beddou (a Chinese god-man), Adonis (from Syria), Zoroaster (the Persian prophet), Bacchus (the Roman retread of Dionysus), Pythagoras (the real-life Greek mathematician), and even Socrates (the philosopher who taught Plato). All of these are examples of the Messiah Motif; something Joseph Campbell called a monomyth — an heroic story template every bit as routine as those “triumph of the human spirit” profiles they make about Olympic athletes who overcome some unheard-of disease to strive forward and win the gold. It works.

Excerpt from: Quinn, Thomas. “What Do You Do With a Chocolate Jesus?: An Irreverent History of Christianity.”